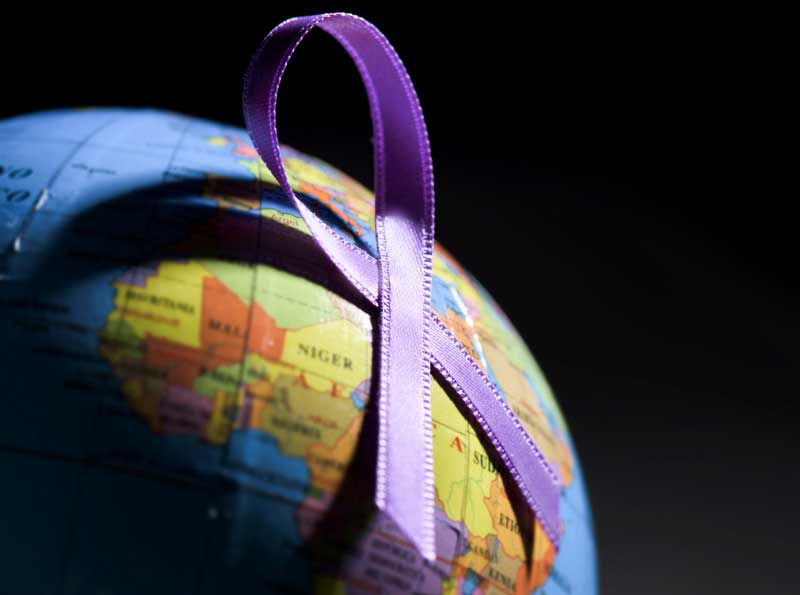 Patients with Alzheimer’s are not treated the same everywhere. On a global level, this is immediately evident between countries through differences in diagnostic criteria. Even on a more local level, racial and ethnic disparities persist. These and other factors result in different standards of care. Multinational or not, study sites in a clinical trial must be standardized to follow the same protocol. Disparities and issues with standardization make it difficult to run successful, generalizable Alzheimer’s trials.

The US may be considered one of the hubs of clinical research, but only 28% of current Alzheimer’s trials registered on clinicaltrials.gov are based out of the US. Why is this an issue? It’s not so important which country trials are conducted in, but it is important that the study sample in a drug trial is representative of the population that the drug will be used to treat once it is approved. If a new drug will be marketed in the US but is being tested overseas, the research participants may have different genetics, lifestyles, and cultural norms from the market population. Genetics can directly affect one’s predisposition for developing a disease and how their symptoms manifest. Lifestyle habits can do the same and can also alter clinical trial procedure adherence and outcomes. Cultural norms can influence how patients are cared for, both at doctors’ offices and at home; a disease may be either vigorously screened for or instead ignored as a taboo, dramatically affecting diagnostic and treatment rates. For example, some cultures believe that dementia is a typical part of aging and needs no treatment, or in the extreme, have a stigma around dementia so strong that patients are discouraged from seeking treatment.

In addition, each country has their own set of diagnostic and treatment guidelines that physicians follow, and those can influence the standard of care provided to patients. Multinational Alzheimer’s trials may meet resistance when trying to standardize study site physicians to a treatment protocol that contradicts how they typically treat patients. If physicians are being asked to evaluate their patients using scales or tools that they are unfamiliar with, then they are by definition less trained on the tool and possibly more likely to make inaccurate evaluations. This can result in heterogeneity or variation between sites, which is something researchers painstakingly try to avoid.

A specific example of this has been cited for the ADAS-cog tool that is used to evaluate aspects of cognitive function in Alzheimer’s patients. One estimate stated that a rater must rate at least five patients using these types of scales before they can produce reliable scores, but studies have reported that up to 40% of raters in clinical trials are using the scales without this level of experience. Different estimates of disease progression result in differences in how aggressively patients are treated and thus different standards of care.

Finally, something as simple as a language can also interfere with a trial’s ability to get accurate data if an assessment tool has been translated but not validated. It is very easy to lose meaning in translation, and this can affect a patient’s ability to understand what is being asked on survey tools, which are an important part of cognitive assessment.

We don’t have to look overseas to find disparities in Alzheimer’s patients, says Dr. Jimmy El Hokayem, our resident expert on neurological diseases. “Because the US population is so diverse, these disparities are in our backyard. Many of my colleagues in Alzheimer’s research will attest to that. And it is a problem that we have treatments being tested in a group of people that does not demographically represent those who will be treated with the drug later on.” This goes back to the same issue of being able to generalize the results of a trial to a population. The sample must represent the population to be treated.

The demographic differences he refers to are largely race and ethnicity. Within the US, African Americans and Hispanics have much higher rates of both prevalence (number of people who have a disease at a single point in time) and incidence (number of new diagnoses over a period of time) of Alzheimer’s compared to white non-Hispanics. And who is being enrolled in Alzheimer’s trials in the US? It’s not these minority groups. There could be many reasons for this, including a tendency of clinical trials to require fluency in the English language for participation or simply a lack of access to healthcare for minority groups. Apart from this being a humanitarian crisis, a drug sponsor will suffer if the drug does not work in real life like it did in the development trials. It will not get prescribed and will fall off the market.

In order to reach enrollment numbers, it is often necessary to look outside the US for sites. So what can researchers do about these issues? For global trials, they can remain aware of these disparities and be vigilant in standardizing study sites to the protocol through training, validating assessment tools in appropriate languages, and ensuring the study sample is demographically representative of the population to be treated. Bridging studies are trials that purposely seek data across ethnic groups and can be run in parallel with phase II or III studies so that results can be better generalized. These same measures can actually be taken to combat most of the issues spawned from local disparities in addition to increasing minority ethnic groups’ accessibility to clinical trials. If these things are not done, the drug developer is directly affected when the drug does not work for the people who it is being sold to, and investments can be wasted.