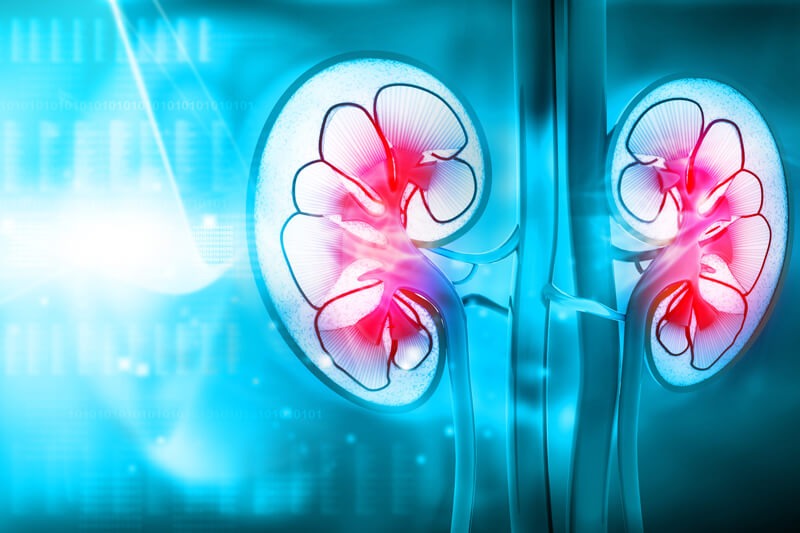 Immunoglobulin A (IgA) is an antibody manufactured by the body’s immune system to protect against invaders. Immunoglobulin A nephropathy (IgAN) is a common kidney disease where too much IgA is deposited into the kidneys causing severe inflammation and damage to the tissues. While IgAN remains benign in a large number of patients, up to 40% develop end-stage renal disease (ESRD) within 20 years of diagnosis, requiring either dialysis or a kidney transplant for survival. Early intervention is key to treating those at risk of developing ESRD and saving their kidneys before it’s too late.

The exact cause of IgAN and mechanism of how IgA deposits itself into the kidneys remains a mystery, however researchers believe IgAN is an autoimmune kidney disease with a complex genetic component and strong environmental influences. While the prevalence of IgAN varies among ethnic groups and between genders, genes specifically contributing to IgAN have yet to be identified. Mapping genes for complex diseases is challenging. Still, discovering specific IgAN susceptibility genes may open doors to novel therapeutic approaches including genetic diagnosis, selection of optimal kidney transplant donors and ultimately, targeted therapies.

IgAN-omics Precision Medicine in Nephrology
The “omics” strategy uses a big data approach to identify genetic biomarkers, measurable substances that are indicators of a specific physiologic or pathologic process, to develop targeted therapies and diagnostic tools. This consists of high-throughput analysis of the genome (genomics), transcriptome (transcriptomics), proteome (proteomics), metabolome (metabolomics) and glycome (glycomics) to quantify and integrate genetic effects and better understand the flow of information through cellular networks. This approach considers the effects of DNA variants on RNA transcription, protein synthesis, metabolic function and ultimately disease phenotypes and is ideal to study the complex architecture of IgAN. Specifically for IgAN, ideal biomarkers, based on molecular mechanisms involved in symptoms of the disease, can accurately predict the risk of developing ESRD and monitor the patient’s response to therapy for future adjustment.

There is a significant amount of research devoted to these biomarkers. For example, a large genome wide association study (GWAS) was performed on a population with high rates of IgAN and researchers identified the two genes C1GALT1 and C1GALT1C1 significantly more common in people with IgAN. In another study, researchers identified possible biomarkers of IgAN such as alpha-1-antitrypsin, apolipoprotein A-I, CD44 antigen and kininogen. Additional GWAS are currently underway to identify other genetic variants that interact with the environment causing or triggering IgAN. Additional markers show significant promise in early detection and diagnosis of IgAN:

A Kidney-omics Future
The concept that individuals with the same disease may need different therapies is not new and is in fact the basis of the rise of precision medicine – in which medical treatments are tailored to patients based on individual characteristics such as genetic makeup. Specific biomarkers are also needed to track the success and predictive capability of potential treatments across diverse IgAN affected populations. Genetic studies have identified potential candidate genes for IgAN pathogenesis yielding insights into the role of environment, however more data is needed to draw definite conclusions. Omics-based drug discovery studies in nephrology are still lacking and more are needed to validate the numerous biomarkers associated with IgAN. For genetic research studies in IgAN to be successful, physicians and researchers must work together to refer patients and systematically biobank blood, serum, and kidney tissue for further analysis.