Are Cannabinoid-Derived Drugs the Future of Medicine? 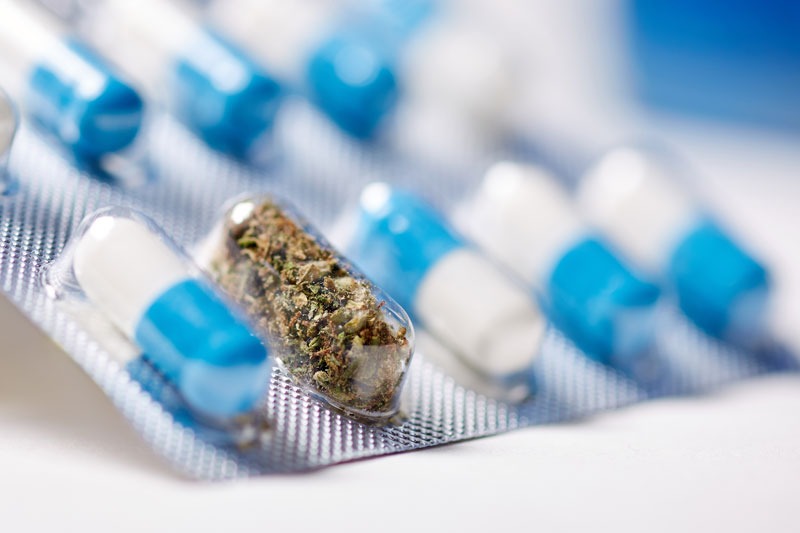 Less than a year ago, FDA approved the first cannabinoid-derived drug, Epidiolex. It’s a pivotal development for a few reasons:

Epidiolex is the first FDA-approved cannabinoid-derived drug, but it won’t be the only for long. With a gradual loosening of laws and regulations, a host of drug developers are researching cannabinoids as a potential treatment for certain neurological and psychological disorders.

Although state laws around CBD and other cannabinoids vary, FDA recognizes the benefits of research into cannabinoid-derived therapies. In 2015, it eased regulatory requirements to allow clinical trials for cannabinoid-based drugs.

The DEA still considers marijuana and CBD illegal but it will make exceptions, such as Epidiolex, when “it has been determined there is a medically approved benefit. In those instances, such as here, the drug will be made appropriately available to the public for medical use.”

Nabiximols (USAN, trade name Sativex), which contains extracts of THC, CBD and other cannabinoids, was approved for use in the UK 2010. Several other countries followed. Used as a mouth spray, the drug alleviates multiple sclerosis symptoms.

A randomised, double-blind, placebo-controlled, phase 2 clinical trial published in December 2018 in The Lancet shows Nabiximols also has a positive effect on spasticity symptoms in patients with motor neuron diseases such as ALS.

Nabilone, a synthetic cannabinoid approved by the FDA to treat nausea and vomiting caused by cancer medications, was shown to reduce agitation in Alzheimer’s Disease patients. Researchers from Sunnybrook Health Sciences Centre found agitation improved in the majority of patients—only 39 adults.

The FDA has not approved any treatments for agitation in Alzheimer’s patients and other forms of dementia. Drugs currently used to treat the condition come with significant side effects, such as stroke risk and increased mortality. If larger studies show comparable results, Nabilone has the potential to help millions of Alzheimer’s patients.

Researchers from University of Minnesota School of Medicine found that Dronabinol, a cannabinoid agonist, demonstrated significant improvement in trichotillomania (repetitive hair-pulling) symptoms, without negative cognitive effects. Because of the small sample size—12 out of 14 patients completed the study—researchers recognized the need for larger studies.

Multiple studies have shown cannabinoids lower the intraocular pressure (IOP) associated with glaucoma; however, attempts at developing cannabinoid-derived eye drops and oral medication have been unsuccessful. Emerald Bioscience hopes to achieve a breakthrough. Its THC-derived drop demonstrated an ability to lower IOP by about 45% in rabbits according to a study it conducted with University of Mississippi.

Jenrin Discovery is working on a drug that blocks the type‐1 cannabinoid (CB1) receptor to curb obesity without psychological side effects. (See Rimonabant, below)

The future of cannabinoid-derived drug research

Until recently, federal law and regulations made it difficult to conduct cannabis research in the United States. The DEA still classifies CBD as a schedule I controlled substance because it’s derived from cannabis. It will, as Epidiolex proved, classify certain drugs under schedule V, upon recommendation from the FDA, and only after extensive safety and efficacy testing.

Greenwich Biosciences led extensive clinical and nonclinical studies to assess the abuse potential of CBD. It treated 850 patients with Epidiolex, with 482 treated for more than a year.

Other hurdles to cannabinoid-derived drug research include:

Other studies have linked marijuana use to increased risk of schizophrenia, depression, anxiety, and substance use disorders; however, many variables affect this relationship. Those already vulnerable to psychiatric disorders and with specific gene variants tend to have the highest risk.

Speaking of psychological side effects, the rise and fall of Rimonabant deserves a mention in a cannabinoid conversation. Produced and marketed by Sanofi S.A., Rimonabant, an anti-obesity drug, was the first selective CB1 receptor blocker approved for use. Europe gave it the green light in 2006. However, it was removed in 2008 due to reports of suicidal thoughts, severe depression, and anxiety among users.

Rimonabant was one of a handful of drugs in development to target the endocannabinoid system, a biological network involved in regulating physiological and cognitive processes. As the name suggests, cannabis and cannabinoid agonists activate this system. Targeting CB1 has proved challenging due to the psychological side effects. CB2 doesn’t create this reaction, but it shares genetic traits with CB1, making it also hard to activate in therapies.

Because of potential negative long-term cognitive effects associated with certain cannabinoids, it’s important for sponsors interested in conducting cannabis-derived research to have a robust Phase 4 protocol. Prospective studies will need to follow patients for more than a year to determine any negative effects or associations to mood and behavior.

Pharmaceutical companies have good reason to study cannabinoid-derived compounds because of their potential to alleviate certain symptoms with few side effects. A successful study will entail extra attention on safety, efficacy and long-term outcome. Partner with a CRO to ensure a successful study from design to Phase 4 and beyond.